This one took a couple times before I got it somewhat how I imagined it. The first picture below is the final version.

The initial inspiration came at Smith Rock State Park actually. The sun was setting and these huge clouds were looming over the Cascade crest to the west, almost obscuring the Three Sisters. It was possible to see the dark edges of exposed rock through the clouds though, looming, kind of sinister looking.

As the sun set, the last rays caught on some of the buildings in the foreground, glowing yellow orange. 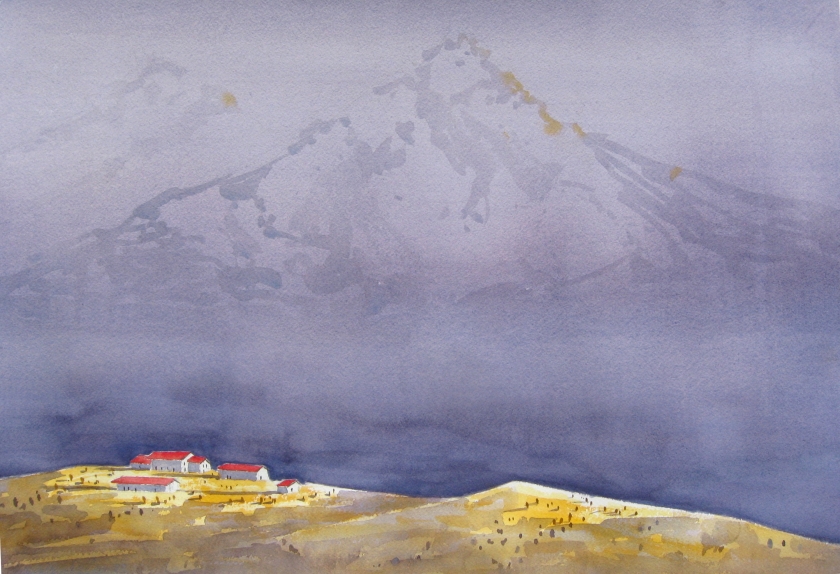 The version below was the right idea, but too much foreground. 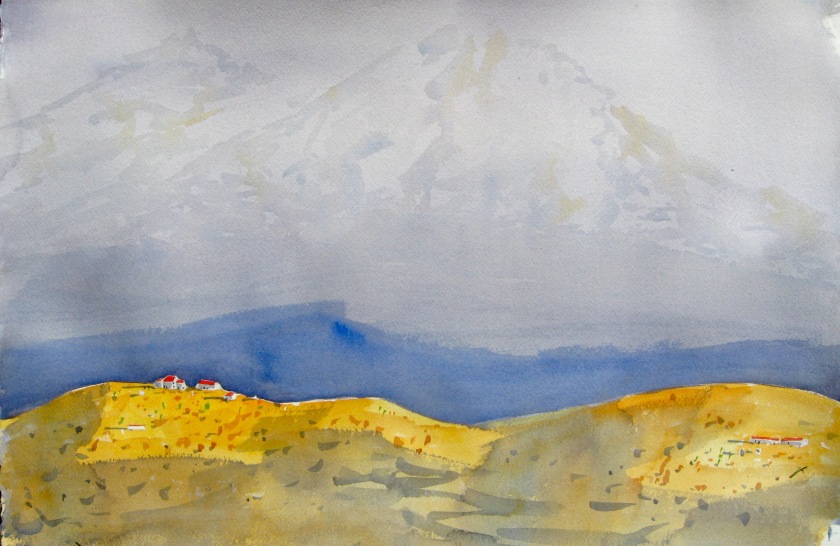 This version below was probably closest to what the scene actually looked like.  I couldn’t quite figure out what to do with that flat line houses and trees/bushes. 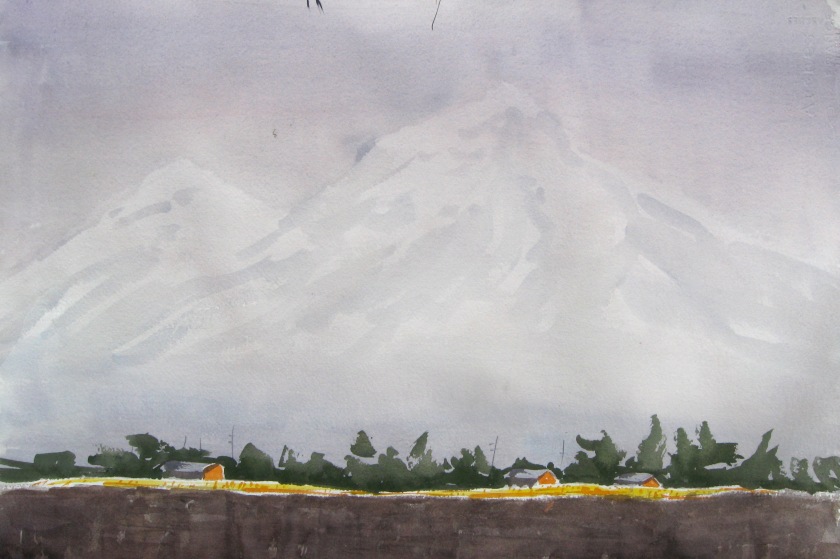 Below is the a photo I took for reference: 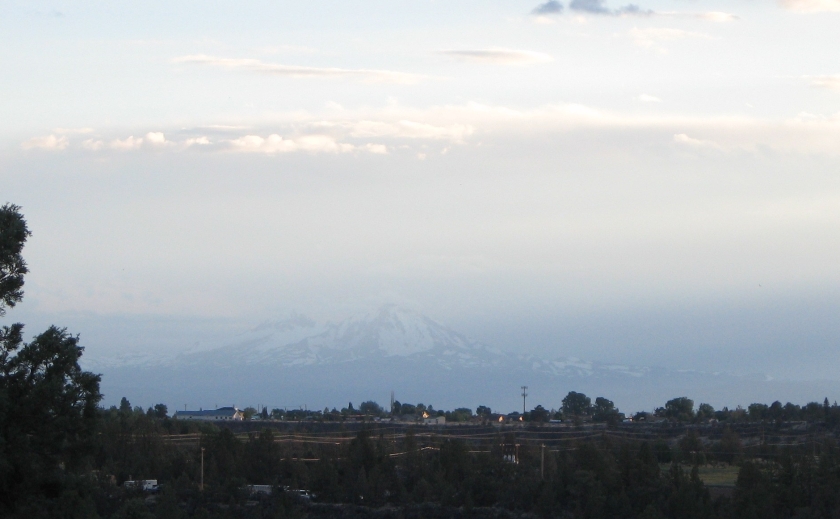